A Feast from The Book of Salt: Duck with Figs and Port Wine 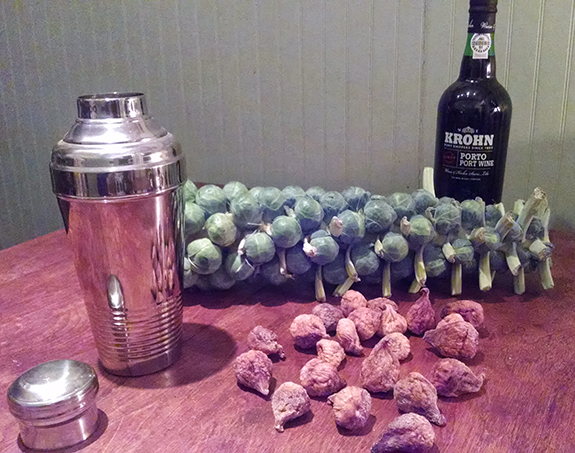 In 2012, I was a teaching assistant at Harvard Extension School for a course called “The Expatriate Moment in Paris.” I was swept up in the content of the course—more so than I ever thought I would be, not having appreciated the Modernist movement years ago. But reading Hemingway’s The Sun Also Rises and the second book of the USA Trilogy had a tremendous impact on me, and influenced the way I write today. I’ve also been curious to see how this innovative group of artists and authors are portrayed in today’s works: from Midnight in Paris to Paula McLain’s Paris Wife, I’ve enjoyed many of them.

I recently finished Monique Truong’s The Book of Salt, a novel that follows the life of a Vietnamese cook who worked for the legendary Gertrude Stein and her partner, Alice B. Toklas. The unique writing style is sensuous, melancholy, and philosophical. Binh is haunted by the past—cast out by his family for being gay, he comes to Paris, and wanders from job to job, all the while becoming an expert in city’s geography, impressing locals with his ability to name the location of every little street. And so he comes to find his way to 27 rue de Fleurus, the famous salon of Gertrude Stein, where he executes decadent meals to her now-famous crowd of artist friends.

“Every kitchen is a homecoming, a respite, where I am the village elder, sage and revered. Every kitchen is a familiar story that I can embellish with saffron, cardamom, bay laurel, and lavender…Three times a day, I orchestrate and they sit…silenced. Mouths preoccupied with the taste of foods so familiar and yet with every bite even the most parochial of palates detects redolent notes of something that they have no words to describe. They are, by the end, overwhelmed by an emotion that they have never felt, a nostalgia for places they have never been.”

My first inclination was to extract the recipe for pineapple sautéed with shallots and beef. But then, I read his list for a special meal: “24 figs, so ripe that their skins are split. A bottle of port wine. One duck. 12 hours.” 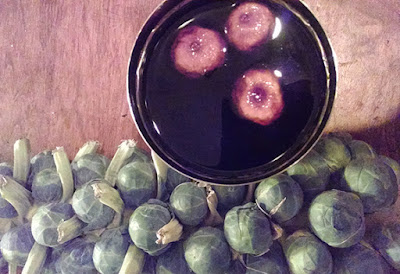 And so began my quest. In late winter, finding fresh figs was impossible, so I settled for organic dried. A tasting at a local wine store led to a tawny port. I took a long walk to Savenor’s in Cambridge to find a whole duck. Lacking earthenware pots and jars, I filled a cocktail shaker with the figs and port, and, according to Binh’s notes, let them get to know each other—“twelve hours will be sufficient for a long and productive meeting.”

When it came time for roasting, I rinsed the duck and covered it with salt and pepper, and scored its skin on both sides and placed it in a large cast iron pot. I roasted it at 300 degrees for an hour, flipped it, then roasted it for another 45 minutes before adding the fig and port mixture. I turned it on the hour for another two hours, basting it every 15 minutes. As the mixture thickened, I added some light beef broth.

In the book, Binh serves the duck with rice, with threads of sage. However, knowing how tasty potatoes are when roasted in duck fat, I went in another direction. I chopped Brussels sprouts and potatoes and poured several generous scoops of the duck fat and port mixture over them for the last hour, when I raised the temperature in the oven to 400 degrees.
The flavors were deliciously complex—the duck skin wonderfully crispy. The next day, I shredded the leftover duck meat and chopped the potatoes and sprouts and stirred it together. I unrolled store-bought pie crust and cut the circles into half, and spooned the mixture into each half, creating a variation of an empanada.

While the empanadas cooked, I poured the rest of the port (just over 1 cup) into a heavy saucepan and added about a cup of broth and two fresh rosemary sprigs, as well as some salt and pepper and a generous pinch of baharat, a Middle Eastern spice mix. I cooked it on high until it was thickened and reduced. When the empanadas were ready, I poured the sauce over them on the plates. It was a great way to have the leftovers. 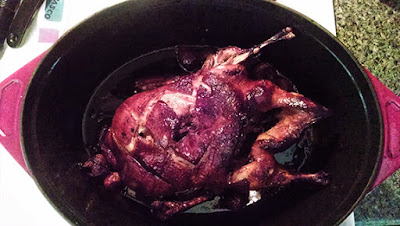 What would I do different the next time? Add cardamom to the fig and port mixture.
I highly recommend the book, and if you’re adventurous enough to give this recipe a whirl, I can assure you it was well worth it. Have you ever tried to make a recipe out of a novel? As with the Game of Thrones cookbook, it can become an obsession.

Binh’s story still haunts me. It’s a deeply personal story, and his life as an outcast is only accentuated by his passion for cooking.

“They have no true interest in where I have been or what I have seen. They crave the fruits of exile, the bitter juices, and the heavy hearts. They yearn for a taste of the pure, sea-salt sadness of the outcast whom they have brought into their homes.”