The Culinary World of Tombstone, Arizona 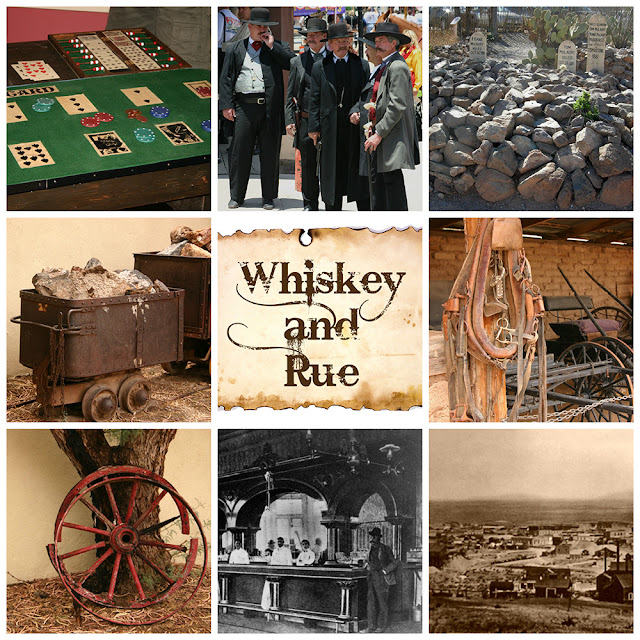 Whiskey and Rue was an unusual novel for me to write for many reasons. I hadn’t been inspired by westerns previously, and most of the women in history I’ve written about have been difficult to research, because little is known about the ones I had grown most attached to. That changed in 2008, when I traveled to Tucson to explore the idea of moving there. One of my favorite places to visit was the Arizona Historical Society, and it was there a simple handwritten form captured my imagination. An affidavit described a woman, May Woodman, who shot her lover, and was sent to Yuma as the only female prisoner at the time. During her time in Yuma Prison, she helped run a contraband cigar operation. It was as though her ghost sensed I’d write about her story. I took a few notes about the affidavit and went on my way.

Back in Boston, the story lingered, and I contacted the historical society to ask if they had more information about May Woodman. Indeed they did. For a small fee, they offered to copy the entire transcript of the trial. A novel began to unfold. Doing research on Tombstone at the time of the shoot-out at OK Corral was easy compared to say…finding reliable details about Prince Vlad Dracula’sfirst wife, or consort, as it may be. Good books were easy to come by. I found a high resolution image of fire insurance map drawn in the 1880s online that gave me a meticulously detailed street map of the town. Several rounds of National Novel Writing Month and professional editing helped me round out the story, and I published it in 2014. The Arizona Historical Society gave me permission to use a copy of the note the foreman of the jury wrote to declare May Woodman guilty. It’s the front piece in the novel. It was one of my favorite aspects of designing the book. Whiskey and Rue seems the story that has caught on the best with readers, and it’s been wonderful to see it gain a following. 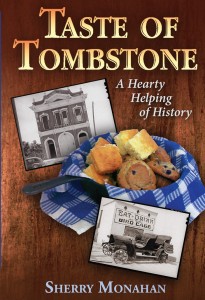 Of all the research I did, the book I enjoyed the most was A Taste of Tombstone: A Hearty Helping of History, by Sherry Monihan. In this richly detailed history of the town too tough to die, there are menus from its most famous restaurants and really good recipes. I featured the ham with champagne sauce in a scene where May and her lover Billy Kinsman are trying to smooth over their rocky relationship. I served it with buttermilk mashed potatoes and a side of green beans. While it was an elegant moment of respite for the two main characters, the tension grew between them, aided by her infatuation with Johnny Ringo, and the burgeoning war between the Earps and Clanton–McLaury factions.

Of course, A Taste of Tombstone covers Tombstone’s most infamous incident, but I greatly appreciated all the things the book taught me. The thirty-second shoot-out that is still debated today plays only a minor role here. The food restaurants served was much more sophisticated than I imagined, with French cuisine being popular and the diversity of the population bringing German and Chinese cuisine to the table, among many other cultures that arrived in Tombstone’s heyday. There was more seafood available than I would have guessed, given the time it must have taken to be delivered, but ice production was also more advanced than one may assume. They even had an ice cream parlor! While it’s hard for me to imagine Wyatt Earp delighting in a scoop of ice cream (would you like sprinkles with that, sir?), it began to paint a very different picture of the West than the old simplistic Hollywood films had portrayed. 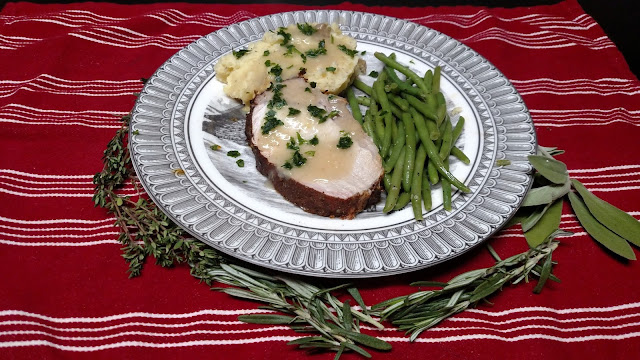 The population boomed in a short time, but frequent lay-offs due to overproduction at the mines made for a choppy economy. Two fires swept through Tombstone’s heart in a short span of only two years, but determined proprietors rebuilt their hotels and chop houses, and hungry miners sought them out night after night.

Monihan provides a charming portrait of the town, complete with photos and other interesting images that help bring the essence of that era alive. While the novel is out there, I still revisit this book, to recreate some of the dishes that May Woodman and Tombstone’s other residents enjoyed. I still think about May’s story, and am glad I had a chance to share it.

March 11, 2017
Of all the books I’ve read about cooking, An Early Meal: A Viking Age Cookbook and Culinary Odyssey remains a favorite of mine. A combination of history book, archaeological study, and treasure trove of interesting recipes, An Early Meal covers the cooking techniques of the Viking Age alongside evidence found in the ancient sagas and stories of the time. The first portion of the book is dedicated to exploring seasonal foods and regional styles, as well as customs and recommendations for replicating the recipes. Culinary history has always been a fascinating topic for me, but this book reaches the top of the list because of its meticulous detail. If you’re a writer and your thing is historical fiction, this would be the book to use. Much of what has been learned has come from grave offerings. The types of cooking pots and types of bread have shown not only the social class of the person who had been buried, but they’ve also indicated the beloved traditions of this culture. We
2 comments
Read more

July 24, 2016
From Jonathan Harker’s Journal, Bram Stoker’s Dracula, Chapter 1 “We left in pretty good time, and came after nightfall to Klausenburgh. Here I stopped for the night at the Hotel Royale. I had for dinner, or rather supper, a chicken done up some way with red pepper, which was very good but thirsty. (Mem. get recipe for Mina.) I asked the waiter, and he said it was called "paprika hendl," and that, as it was a national dish, I should be able to get it anywhere along the Carpathians.” “I had for breakfast more paprika, and a sort of porridge of maize flour which they said was "mamaliga", and eggplant stuffed with sausage, a very excellent dish, which they call "impletata". (Mem., get recipe for this also.)” Poor Jonathan Harker likely never got the chance to share the recipes with Mina, since he barely escaped Castle Dracula with his life. But having been in the region myself, I can say that “paprika hendl,” otherwise known as chicken paprikash, is
Post a Comment
Read more

July 30, 2016
In 1943, M.F.K. Fisher introduced her book with a question that was posed to her frequently: Why do you write about food, eating, and drinking? Why don’t you write about the struggle for power and security, and about love, the way others do? It’s a quandary many writers can relate to. There’s an inherent judgment that rears its head when people meet writers. We’re asked to account for other authors, such as when a fan asked Neil Gaiman whether George R.R. Martin “had a responsibility” to finish the Song of Ice and Fire series in a timely manner, lest he make his audience upset. The now-famous “George R.R. Martin is not your bitch” meme has become a joke at comic cons and blogs everywhere. When you’re an author, people are eager to share their ideas for books you should write, regardless of whether they’re in your oeuvre or if you are even remotely interested in the topic. And they’ll follow up on it at the next barbeque you attend, too. Most of it is perfectly benign and
1 comment
Read more