Cinnamon and Gunpowder: A Pirate’s Feast 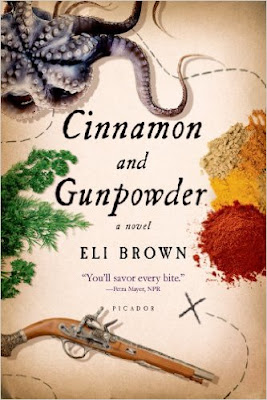 This is one of those novels that I knew would sweep me away into a beautifully described world when I saw it on the shelf. A kidnapped cook is taken aboard the Flying Rose, led by the fearsome-yet-captivating Captain Mabbot, and cooks wondrous meals for her one a week. What follows is a delightful tale—the language full of culinary references (“The pinnace dumped me out like a dumpling from a spoon”) and vivid characterizations (Mr. Apples might have been drawn by a particularly violent child. His torso is massive, but his head is tiny and covered by a woolen hat with earflaps.”).

The descriptions of the food served makes you wish you were taken by Captain Mabbot and her crew as well. On the night of the kidnapping, Owen is bringing out a platter of roast duck with cherry sauce to follow up an opening course of basil beef broth when the terrifying figures interrupt the feast. The dish stuck with me, and shortly after finishing the book, I traveled to Maine to stay with mom and stepdad. Finding duck breast and fresh Rainer cherries by happenstance, I improvised by own version of the dish, adding in my all-time favorite, Meyer lemon, and a generous splash of wine to the pan as the sauce reduced and formed a glaze on the duck breast. A side of leeks and broccoli rabe sautéed in butter rounded it all out. I wish I had written down the recipe after cooking it, but alas, some meals are like that. They’re all the more memorable for being a unique experience. 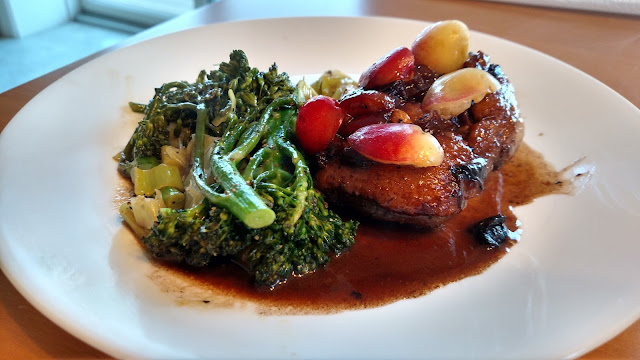 Cinnamon and Gunpowder remains one of my favorite books of the year. While the situation Chef Owen finds himself in doesn’t seem realistic in the sense that he has access to so many fresh and varied ingredients on their long journey to seek out Mabbot’s rival, the Brass Fox, I was willing to suspend my disbelief for the sake of adventure and romance. The characterization and story were strong, and any artistic liberties taken with historical elements add a flair of fantasy that is right at home in this novel.

In the edition I have, there is a recipe for Vanilla-Rose Amaretti, a cookie of sorts that is both gluten-free and vegan. Consisting of coconut, almond flour, maple syrup, rose water, and sea salt, it was incredibly tasty, and I usually have poor experiences with gluten-free treats, as they tend to suck all the moisture out of my skull. This was a very pleasant surprise, though I believe something went a bit awry with the recipe. Rather than looking like amaretti—a nice round puff—what I wound up with was a lace cookie. Nothing to complain about, as I’ve always loved lace cookies, and I’m not even into sweets that much, but I do wonder where in the process things changed from what the recipe directed me to do. The world of baking has never been much of a thing for me. I’d much rather open a CSA box and marvel at a colorful array of garlic scapes, swiss chard, and beets. 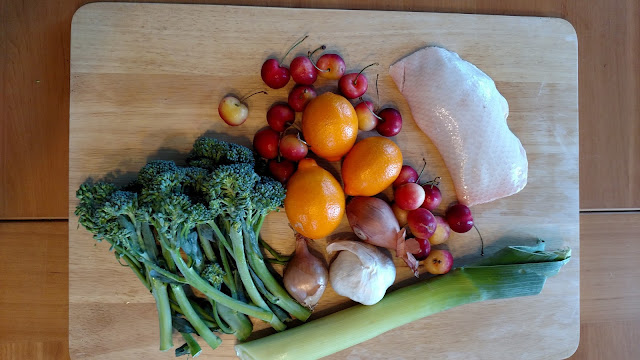 Cinnamon and Gunpowder is a culinary novel—and as such, occupies a special shelf in my collection to draw inspiration from. If you’re looking for pirates, adventure, and a lush feast, this tale’s a fantastic voyage.