A Perfect Meal in Solitude 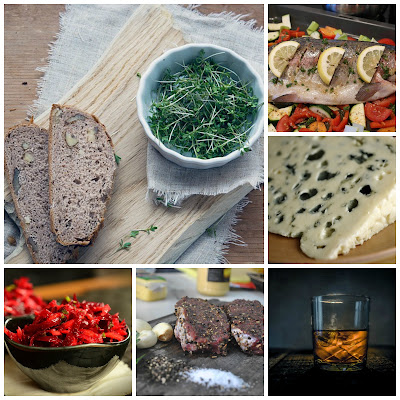 MFK Fisher had a deep appreciation for solitude. Poring over An Alphabet for Gourmets, the idea of dining alone came up time and again, from her own experiences to bachelors she knew. Opening with “A is for Dining Alone,” Fisher talks about the sometimes wearying effects of other people’s expectations. Due to her popularity as a food writer, she faced a lot of self-deprecation when friends and acquaintances told her they were reluctant to cook for her because they assumed her standards were impossible to meet. As a result, MFK Fisher often sought simplicity on her own: “I drive home by way of the Thriftimart to pick up another box of Ry Krisp, which with a can of tomato soup and a glass of sherry will make a good nourishing meal for me as I sit on my tuffet in a circle of proofs and pocket detective stories.”

An Alphabet for Gourmets was published in 1949. While Rosie the Riveter had gained iconic status, real women out in the world on their own was still a scandal-inducing concept to some. With razor-sharp wryness, MFK Fisher offers up a series of incidents to illustrate the double standard between men and women in the public sphere. Dining alone as a woman at a restaurant hadn’t gained full acceptance yet, and as she recounts, “I resolved to establish myself as a well-behaved female at one or two good restaurants, where I could dine alone at a pleasant table…rather than be pushed into a corner…they knew I tipped well, they knew I wanted simple but excellent menus, and, above all, they knew I could order and drink, all by myself, an aperitif and a small bottle of wine without turning into a maudlin, potential pick-up for the Gentleman at the Bar.” That she brought books like Henry Miller’s Tropic of Cancer makes the image of her confronting old norms all the more brilliant.

Her craving for simplicity follows in the recipes she provides throughout the book. Despite the short list of ingredients for each, the flavors promised by the recipes are alluring. Hamburgers are seasoned with red wine and oyster sauce. A tangy trout dish is made in honor of gourmand Brillat-Savarin. Sirloin steak marinates in soy, wine, and olive oil. A fan of “peasant caviar,” Fisher includes three variations of the eggplant-based dip.

She describes several encounters with bachelors and the meals they served. A lonely widower invited her for dinner, and she prepared herself thusly: “I did something I seldom do when I am to be a guest: I drank a sturdy shot of dry vermouth and gin, which I figured from long experience would give me an appetite immune to almost any gastronomical shocks.” Though what comes next is what she calls ‘the ghastliest meal,” there’s a poignancy to the scene as the story of his deceased wife comes to light, and that MFK Fisher appreciated the fact that he cooked what he knew and was happy with, and it was done unabashedly and with gusto.

Fisher also shared her favorite items from her collection: old cookbook recommendations, and a sampling of the menus she collected over the years from many, many restaurants. Her interests were far and wide, and fascinating enough for me to copy some of the names to hunt down on my own.

At the end of the book, she offers up a game called The Perfect Dinner. Six being the perfect number to fill a table, she asks who the guests would be. For her, guests included French novelist Colette and the Prince of Wales. The ideal setting was a wide balcony on top of a house on the Quai Voltaire in Paris, with dinner served on ‘the cool end of a hot August day, while there was still light in the day for the first part, with candles to come later.” A lovely scene, but hours after reading that chapter, I was still wondering who I would invite to be my guests. My husband, of course, and if I wasn’t bound by time, I’d love to spend some time in the company of the likes of Hunter S. Thompson and Abbie Hoffman. What they’d have to say about today’s world would be of keen interest to me. Oh, I know, Yvette Nicole Brown—I really want to get into an in-depth analysis of The Walking Dead. The insights from those notebooks she brings to the post-show discussion would be awesome to discuss.

On the other hand, maybe I’d keep it more ordinary: family I wish I had more time to spend with, or relatives I never got to meet. Rather than some exotic, far-flung location, it would be on the Maine coast on a new spring day as the lupines just start blossoming. The combinations of guests and scenes are endless.

Whimsical games about the idea dinner party aside, I can say that for me, nothing is better for restoring my energy than to have my own meals in solitude from time to time. Sometimes it’s an elaborate meal that takes hours to prepare. Other times, it’s as simple as her “Strengthening Prescription for Monastic Supper: a small crusty loaf of sourdough bread, a piece of Gorgonzola, a stick of butter, and a bottle of red wine.” 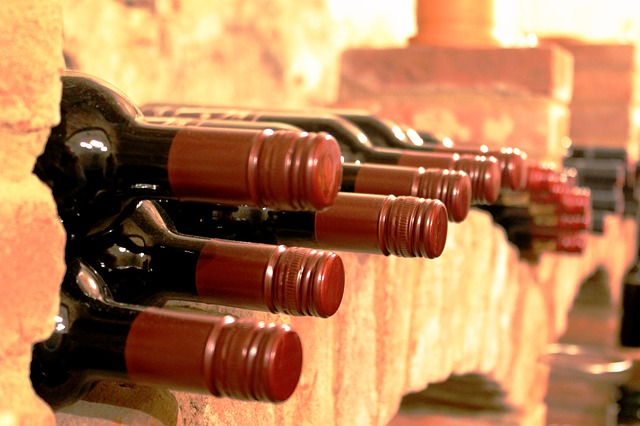 March 11, 2017
Of all the books I’ve read about cooking, An Early Meal: A Viking Age Cookbook and Culinary Odyssey remains a favorite of mine. A combination of history book, archaeological study, and treasure trove of interesting recipes, An Early Meal covers the cooking techniques of the Viking Age alongside evidence found in the ancient sagas and stories of the time. The first portion of the book is dedicated to exploring seasonal foods and regional styles, as well as customs and recommendations for replicating the recipes. Culinary history has always been a fascinating topic for me, but this book reaches the top of the list because of its meticulous detail. If you’re a writer and your thing is historical fiction, this would be the book to use. Much of what has been learned has come from grave offerings. The types of cooking pots and types of bread have shown not only the social class of the person who had been buried, but they’ve also indicated the beloved traditions of this culture. We
2 comments
Read more

July 24, 2016
From Jonathan Harker’s Journal, Bram Stoker’s Dracula, Chapter 1 “We left in pretty good time, and came after nightfall to Klausenburgh. Here I stopped for the night at the Hotel Royale. I had for dinner, or rather supper, a chicken done up some way with red pepper, which was very good but thirsty. (Mem. get recipe for Mina.) I asked the waiter, and he said it was called "paprika hendl," and that, as it was a national dish, I should be able to get it anywhere along the Carpathians.” “I had for breakfast more paprika, and a sort of porridge of maize flour which they said was "mamaliga", and eggplant stuffed with sausage, a very excellent dish, which they call "impletata". (Mem., get recipe for this also.)” Poor Jonathan Harker likely never got the chance to share the recipes with Mina, since he barely escaped Castle Dracula with his life. But having been in the region myself, I can say that “paprika hendl,” otherwise known as chicken paprikash, is
Post a Comment
Read more

July 30, 2016
In 1943, M.F.K. Fisher introduced her book with a question that was posed to her frequently: Why do you write about food, eating, and drinking? Why don’t you write about the struggle for power and security, and about love, the way others do? It’s a quandary many writers can relate to. There’s an inherent judgment that rears its head when people meet writers. We’re asked to account for other authors, such as when a fan asked Neil Gaiman whether George R.R. Martin “had a responsibility” to finish the Song of Ice and Fire series in a timely manner, lest he make his audience upset. The now-famous “George R.R. Martin is not your bitch” meme has become a joke at comic cons and blogs everywhere. When you’re an author, people are eager to share their ideas for books you should write, regardless of whether they’re in your oeuvre or if you are even remotely interested in the topic. And they’ll follow up on it at the next barbeque you attend, too. Most of it is perfectly benign and
1 comment
Read more