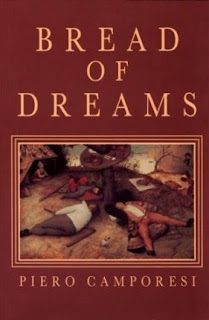 Historical fiction often brings to mind stylized romance novels set against a picturesque backdrop, usually an account of a well-known noble’s life—not that they don’t have merit, but how many novelizations are there about Elizabeth I or Cleopatra? And of course we can’t forget the rags-to-riches story of a commoner who rises in society through a combination of cleverness and good looks (almost always humble, too!). Granted, readers often seek to be swept away in an escapist fantasy, but what about the stories hidden in the vast swaths of the population that are usually consigned to a sea of extras—the angry and mocking mob or the admiring crowd in the presence of gentle nobles—you know, the royal wedding of the unlikely-but-charming couple?

In the words of Piero Camporesi, author of Bread of Dreams, “The voices of the wretched, the miserable and alienated, weak and plaintive, have never found citizenship in the beautiful palace that is literary history.” He covers quite a bit in this slender volume, and it is an intense read that is not for the squeamish. He discusses hallucinations caused by the scarcity of food and the mold in the ingredients they did have. Ergot, a fungus found in rye and other grains, is now understood as being the agent causing mass hysteria during the time of the Salem witch trials. Charlatans profited from miraculous cures that were more deadly than the ailments people were suffering from, and criminal minds among the upper classes orchestrated mass-killings via poisoning when they deemed the populous out of control. Fraught with fear of the idle poor, substances such as opiates were also used because it was “better to have them in a torpor than let them riot.”

Camporesi offers insight into cures that were developed: the pills of Avicenna, globuli contra famem, as they were known, were balls of ground almonds, beef fat, oil of violets, and marshmallow root used as the basest form of sustenance in times of famine. Most remedies had a magical connection and were based on spiritual beliefs. In these “collective journeys into illusion,” people feared the night as though it was another world where werewolves and other monsters hunted. In dark times, the author notes, falsely comforting proverbs and generalizations of time kept a timelessness about peasant populations. Time was measured in phrases such as “a year of hunger,” or “the longest day.” Camporesi explores the sociological impact of famine as well. Populations living in remote and mountainous areas sought out cities in difficult times, and wandering sages, charlatans, and storytellers became well-known figures that have become archetypal in literature and art.

One of the reasons why this book struck me so profoundly was that as an author, I felt as though I had stumbled across a trove of inspiration for worldbuilding. It doesn’t even need to be confined to the place and era of the book’s focus, which happened to be medieval Italy. Historical fiction, epic fantasy, sci fi—it’s an opportunity to make the world you’re creating more realistic. Gems like this book help me think not only deeper, but go beyond the conventions of accepted style and format. A nonconformist at heart, I’ve always bristled when editors justify a bit of feedback with, “Well, all novels do that these days.” It’s not that I don’t want the feedback, but please give me more than providing a fixed formula to follow if I want to be called a “real” author. It’s what I love about the indie publishing movement: new points of view from a much more inclusive community of artists who can teach us all something. It can shed a new light on current political challenges or share some sense of connection with the past—the common humanity always in the biggest numbers but with the least amount of resources. Knowing what people turned to in times of scarcity could add interesting nuances to a story, whether if it’s a tale told to children by the hearth, or an actual feature of the plot.

Bread of Dreams occupies a portion of my personal library where I keep inspiration for worldbuilding. It shares a shelf with history books ranging from ancient times in the Mediterranean to accounts of seafaring tactics used by pirates in the 1700s. It gave me a lot to think about in terms of portraying food in writing—the lack of access to food is equally important.